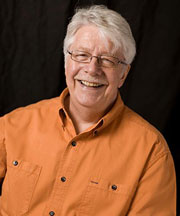 Please join us as we welcome back legendary producer/engineer, Ken Scott, to the Clive Davis Theater for a unique evening of story-telling guaranteed to satisfy the most ardent fans and industry insiders alike. Co-author of Abbey Road To Ziggy Stardust, Scott will discuss his time with The Beatles, David Bowie, Elton John, and a who's who of classic rock acts. From behind-the-scenes stories to some never-before-heard breakdowns of some classic songs, the evening will be both entertaining and informative. Having worked with worked classic rock acts including Elton John, Pink Floyd, Procol Harum, Jeff Beck, Duran Duran, Harry Nilsson, the Rolling Stones, Lou Reed, America, Devo, Kansas, and many more, Scott has also played a big part in the world of jazz, being the first to integrate a more powerful rock sound into the genre. Hear Scott talk about the making of the Abbey Road To Ziggy Stardust, as well as his prolific career. After the talk, Scott will take questions from the audience and will sign copies of his book.